Unyielding Faithfulness: Devoted to Christ and His Church 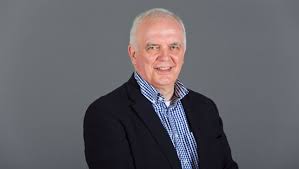 Ian is the recently retired minister of Cambridge Presbyterian Church where he served from 1999-2016. He graduated from Edinburgh University in 1979 and became the minister of Loudoun Church of Scotland, Newmilns, Ayrshire in the same year, serving there for almost twenty years. He is married to Joan, and they have four children.

Ian is also a Trustee of the Banner of Truth Trust, an Adjunct Professor at Greenville Presbyterian Theological Seminary, a teaching fellow at Ligonier Ministries, a part-time lecturer at Edinburgh Theological Seminary, and has preached at conferences around the world. His books include a commentary on the Letters of John, published by the Trust in the ‘Let’s Study’ series, and The Faith-Shaped Life. 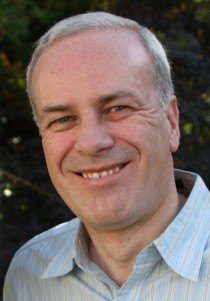 Mark Johnston is originally from Northern Ireland where he studied in Queen’s University, Belfast. He went from there to study theology in Westminster Theological Seminary, Philadelphia before returning to Ireland in 1984. He spent the next ten years involved in Church planting work with the Evangelical Presbyterian Church in Ireland, overseeing the establishment of Trinity EPC, Richhill.

In 1994 he was called to the pastorate of Grove Chapel, Camberwell, an historic Calvinistic Chapel on the edge of Central London. He served that congregation for 16 years before becoming the Senior Pastor of Proclamation Presbyterian Church, Bryn Mawr, Pennsylvania in 2010, a post which he left in 2013. In 2014 he accepted a call to be minister of Bethel Presbyterian Church, Cardiff.

Mark is married to Fiona and they have two grown-up children, Lindsay and Andrew. He is a Trustee of the Banner of Truth Trust and the author of three commentaries in the ‘Let’s Study’ series – John, Colossians and Philemon, and 2 Peter and Jude.